Our story is overflowing with a stream of innovative wet wipes that help families live cleaner, healthier lives. The Nice-Pak story began as the brainchild of our company’s founder, Arthur Julius, who came up with the idea for the world's first disposable wet napkin. Julius was convinced that wet wipes could provide the best delivery system for cleaning and hygiene - far superior to the normal towel and soap method. He also believed there was a real need to clean hands before and after eating in restaurants. This belief drove him to create the very first Wet-Nap® moist towelette, using a converted food packette packaging machine in his 2,500-square-foot loft in lower Manhattan in 1957.

Helping families stay healthy and well, one wipe at a time.

To lead category growth, we will drive education and increase awareness of wet wipes as the superior cleaning and hygiene solution through a relentless commitment to research, innovation, quality and our customers. We will meet this growing demand for wet wipes through excellence in manufacturing, service and business practices built on a foundation of trust and empowerment that enhances the well-being of our associates, their families, the communities in which we operate and the environment.

In 1962, a meeting between Arthur Julius, his son Robert (current Nice-Pak CEO) and “Colonel” Harlan Sanders changed the foodservice industry forever. Sanders, whose Kentucky Fried Chicken® recipe was gaining popularity across the country, used the words “Finger Lickin’ Good” as his marketing slogan. The Julius family loved the slogan, but suggested that Sanders’ patrons clean up with a pre-moistened wipe after licking their fingers. Loving the idea, the Colonel placed an order that very day, and KFC® became Nice-Pak’s first national Wet-Nap customer. Soon after, thousands of restaurants around the world began offering their customers a Wet-Nap for quick clean-ups after messy meals. 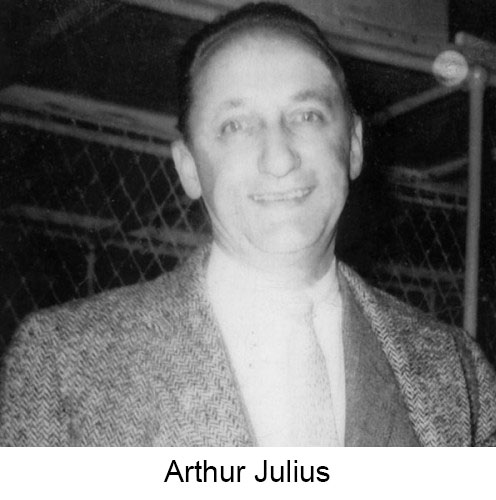 Over the years, Nice-Pak has pioneered numerous wet wipe products for consumer, healthcare, foodservice and other commercial markets. In 1960, the company shipped its first product to customers: Nice ‘N Clean®. Innovations that followed included many firsts, such as the development of the first alcohol swab for hospitals in 1963; the first resealable baby wipes travel pack for on-the-go portability in 1986; the disinfecting wipe in 1987; the antimicrobial alcohol gel hand wipe in 2003; the Eco-Pak for household disinfecting in 2010; and the first flushable wipe made with 100% plant-based material in 2014.

Arthur Julius’ son, Robert, and grandson, Zachary, continue to build on the company’s original foundation. The seed of an idea that began in a small Manhattan loft has grown into millions of square feet of global manufacturing and distribution space and 2,500 worldwide associates. Today, Nice-Pak is the world’s leading producer of wet wipes, creating wipes for just about anything that requires cleaning, sanitizing or disinfecting.